A Complete Guide To The Google Algorithm Updates 2022

A Complete Guide To The Google Algorithm Updates 2022 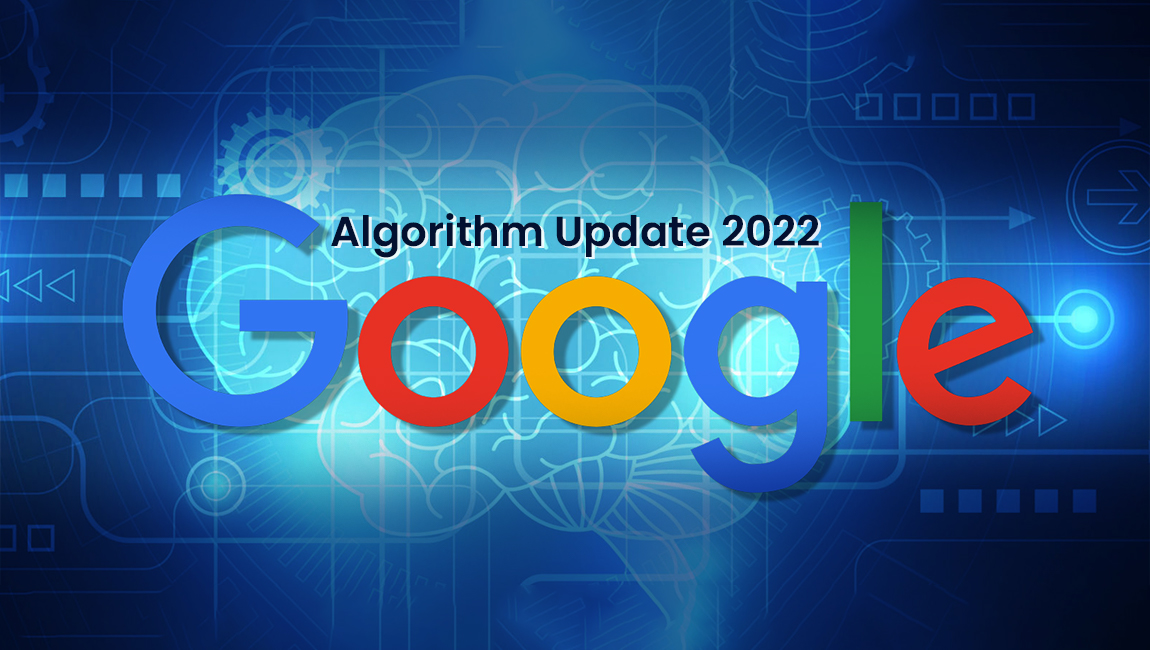 Updates To Google’s Algorithm In 2022: A Comprehensive Guide

Google search engine no longer accepts irrelevant and unreliable websites. Every year it updates the algorithm to make the search procedure more user-friendly and relevant. The google updates create many challenges for marketers because ranking for keywords becomes difficult unless all the standards of google search are fulfilled.

Google constantly strives to enhance its ranking algorithms and provide users with more relevant search results. Like every year, Google announced a set of major algorithm updates in 2022 that all brands, no matter their industry, must follow.

Let’s understand the Google algorithm updates 2022 through this blog to keep you updated.

Major Google Updates In Algorithm For 2022

The company announced the latest google update to its core algorithm, where the announcement was made through the company’s Twitter Account, and a list of all the updates was published.

While the algorithm is always undergoing changes, a core update tends to be noticeable. This core algorithm update is a change made to various parts of the algorithm platforms, and the release could take up to 2 weeks to complete. If you observe a fluctuation in your website’s ranking anytime soon, that is likely because of the core update or the product reviews update.

Generally, product reviews update focuses on the websites that publish product reviews. In case your site observes a drop or rise in rankings is most probably the aftermath of the Sept 2022 product reviews update. Likewise, if your site doesn’t feature review-based content but still finds changes in the SERP ranking in the near future, Sept’s 2022 core update may be the reason that’s driving the change.

The core update is brought to shape up the SERP rankings, and websites that Google finds are providing better value to the search desire of the users will benefit from the latest google updates. However, the sites that see drastic ranking drop do not have to panic; Google suggests such sites revisit their content within the pages.

Also, check out How to Improve Your Google Ads Quality Score Quickly?

According to Google Search Central Twitter, it announced the new sitewide algorithm update called helpful content update. The update’s main purpose was to ensure people see more original content rather than content made primarily for search engine traffic drive. The primary goal should always provide users with the information they came for. Basically, this update will impact English content for now and is expected to expand its reach to other languages in the near future.

The fourth algorithm update in the series of updates focusing on product reviews was launched on July 27, 2022. Though it was announced that the update would take 2-3 weeks to roll out later, it had fully rolled out after six days.

Hence this was not a core update, and therefore it didn’t apply to all sites. So, if you are running a review website and your sites hit hard after this algorithm update, it’s time to check your content because your competitors are probably creating better content.

May 2022 update was the first broad core algorithm update of this year and had drastic changes in major ways because of its broad coverage. The primary purpose of this update was, rather than targeting a particular content, language, or region, it focuses on improving the overall search. The update majorly helped increase the relevancy of search results by creating helpful content for users. For more details read Content Marketing Trends.

During this algorithm rollout, many brands reported significant changes in traffic, website rankings, and snippets.

Initially, Google said that update would impact only English content, but they planned to expand it to more languages in the coming days.

In Feb 2022, Google started targeting page experience signals for desktop ranking. The primary purpose of the update was to focus on the importance of user experience and website SEO friendliness, thereby creating a great page experience.

How To Organize Your Email Marketing Strategy In 5 Easy Steps?

Why Is SEO Important In 2023? An interesting marke...
Read More
SEO

How to Use Answer the Public Tool to Get More Traffic?

Introduction To Answer The Public Tool Anyone with...
Read More
Technical SEO

Difference Between Http and Https

Understanding The Basics Of HTTP And HTTPS The fir...
Read More