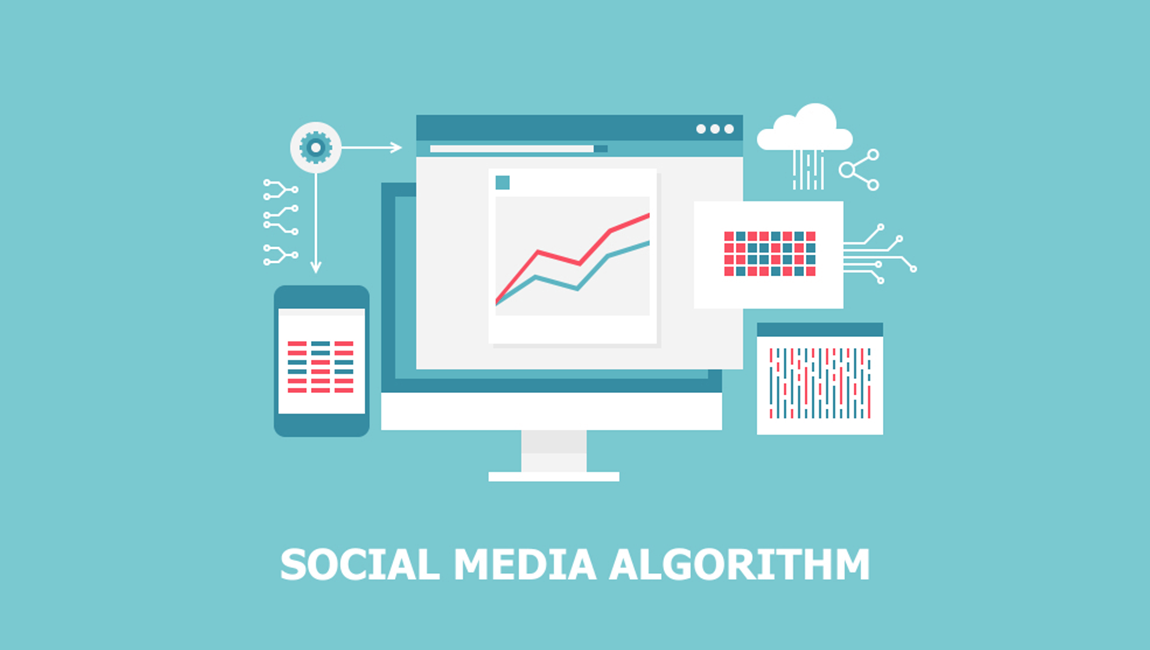 Introduction To Social Media Algorithms And Their Working

Why Is It Important For You To Know The Social Media Algorithms?

What Are Social Media Algorithms?

Have you ever wondered what are social media algorithms 2022 and why they exist? If you are one of those people who have heard about the term or even used it in discussion but are still unaware of what hides behind it. Do not worry; we are here to help you get a complete understanding of what an algorithm is in social media and how we can help you use it for your benefit to increase your social media reach to a new level.

Facebook, Twitter, and Instagram are the most popular social networks that have leaned towards an algorithm-based feed method to create a better user experience. Social media algorithms are here to stay, and as a social media marketer, this could surely mean applying broad changes to continue outstretching your potential audiences. Adjusting to social media algorithms is not difficult if you cultivate a basic concept of knowing the algorithms, how they impact social media, and how to use them to your benefit. This way, you can master the latest Best Social Media Marketing Agency In Surat.

Major social media platforms such as Facebook, Instagram, Twitter, YouTube, and LinkedIn have an algorithm that uses mathematical expressions to understand user habits and enhances the social experience. The social media algorithms work behind the scenes, amending the user experience without people knowing the system is working seamlessly.

A Look At How Social Media Algorithms Work

Algorithms are used on social media networks to sort content in users’ feeds. There are loads of content roaming around on social networks that are published in the form of posts, videos, and photos in fractions of minutes. The main function of an algorithm is to convey relevant content to users.

Facebook has been the first and foremost social network to introduce an efficient social media algorithm for its users. Since the creation of the largest social media space to date, Facebook has been focusing on improving and personalizing its platform based on user preferences. The like button has always been the main corner for Facebook users, not just because we observe it on everyone’s posts but because it permits user experience based on personalization, which also influences other people. At the time of its invention, the like button feature helped masterminds behind Facebook analyze which posts were making users happy, bored, or offending.

Today the algorithm that figures out the news feed for Facebook Ads has become smoother and more sophisticated as it is not just about the like feature anymore. Rather, reaction buttons are now in the mix set. Its algorithm can predict outcomes such as whether users will like, comment, share, or even hide the content with a certain level of confidence.

Taking advantage of features like reels and shopping, Instagram users can naturally affect the factors mentioned above by connecting with the content outside their news feeds. For example, if you like dancing, you may see more of those types of videos and reels in your main feed.

Historically, Twitter has taken an innovative approach called a timeline algorithm, whereas Facebook mostly decides what will show up in Facebook News Feed. Twitter organizes the most relevant posts within your timeline, observing your interaction with other Twitter profiles. Masterminds behind Twitter have endeavoured approaches such as showing the best tweet first and during your absence feature for showing the most interesting tweets on your timeline.

The essential factors for organizing your content at the top are credibility, content originality, and time spent on the Twitter account. Your tweet order will be – during your absence tweets followed by the best tweets and later the tweets from your followers, starting with the most recent on the top. However, the changes that are made to its algorithm are not always as platform-changing as that of Facebook.

One should note that apart from the updates in the main feed, each main segment of a social media platform possesses an algorithm. For example, the content that appears to you on your Facebook feed is operating on a different algorithm than that of the Facebook stories you see. One of the main factors to remember is to post content to social spaces that are delightful, entertaining, helpful, and, most importantly, relevant to our target audiences.